Greetings to you all in the precious name of our Lord and soon coming King Jesus Christ.

As most of us continue to stay at home, in quarantine, we are praying soon all this will be over.

This past Sunday was celebrated as Palm Sunday, in our own different confined places. Thank God, that He cannot be confined. He is living and on His throne, hearing our heart cry and He continues to speak to us, through His Word. This is the third week of our services being streamed live. Praise God for His wonderful provision for us to reach you all.
We meditated on Psalm 46, which encourages us to know that God is our refuge and strength and is a very present help, in times like these. The news may tell us that fear and anxiety is on the rise. God’s word tells us that He is with us and He will keep us safe and secure. God is telling us simply to “Be still and know that I am God.” He is the Lord our God.

These are times for us to sit back and learn to relax in His presence. People are suddenly coming to the realization that there is no need for the rat race and running around, trying make things work, as things are not in our control. The beauty is, that God is in control. Let us be still and trust in Him. Continue to pray for each other and be blessed.
Our senior pastor John Cherian spoke to us from Psalm 118:25,26. Matthew 21:9, Mark 11:9-10, Luke 19:38 and John 12:13. All of these verses point us to people shouting Hosanna to the Son of David. Blessed is He who comes in the name of the Lord.
Hosanna, the word means, ‘save us’. That was the prayer of the psalmist and also the Jews in Jerusalem on that day when Jesus entered Jerusalem, one week before the crucifixion.
This was prophesied by men of God hundreds of years before it happened, exactly as we see in Zachariah 9:9. “Rejoice greatly, O daughter of Zion! Shout, O daughter of Jerusalem! Behold your King is coming to you; He is just and having salvation, lowly and riding on a donkey. a colt, the foal of a donkey.”
The colt was a princely mount. Before the horse same to be used commonly, the royal mount used by King David and his sons was mule.
Psalm 22 and 69 are Messianic psalms, most widely quoted in the New Testament. Psalm 22:21 and Psalm 69:1 are both prayers to God to Save, to provide salvation.

Jesus did this when He went to the cross, for the sins of the world.
Hebrews 5:7, talking about Jesus Christ, says,”who in the days of His flesh, when He had offered up prayers and supplications, with vehement cries and tears to Him who was able to save Him from death, and was heard because of His godly fear.”
Other Hosanna scriptures are Psalm 20:6. Isaiah 43:11 reads, “I, even I, am the Lord, and besides Me there is no savior.” Isaiah 62:11 says,”Indeed the Lord has proclaimed to the end of the world: “Say to the daughter of Zion, Surely your salvation is coming; Behold, His reward is with Him, and His work before Him.”
Hosanna is the word used in some songs of praise, particularly on Palm Sunday, Hosanna is often thought of as a declaration of praise, similar to Hallelujah, but it is actually a plea for salvation. This is what people on that day were crying out to Jesus, as He was entering Jerusalem. Their cry was a recognition that Jesus is able to save.
The amazing thing about the word of God is; as David Hunt, and many Bible scholars wrote, that, Jesus rode on the donkey to Jerusalem, precisely on the day as prophesied in Daniel 9:25-26. “Know therefore and understand, that from the going forth of the command to restore and build Jerusalem until Messiah the Prince, there shall be seven weeks and sixty two weeks; The street shall be built again, and the wall, even in troublesome times. And after sixty two weeks Messiah shall be cut off, but not for Himself, and the people of the prince who is to come , shall destroy the city and the sanctuary. Daniel 9:26 says, Messiah will be cut off 483 years later.
Nehemiah received the permit to rebuild the temple in Jerusalem on Nisan 1st, in the 20th year of king Artaxerxes, which is 445 BC. On Sunday, April 6, 32 AD, which was exactly 483 years (173,880 days, using the 360 day calendar, prophetic year), exact day that Jesus entered Jerusalem.

It was the 10th of Nisan, the day Passover lambs were being taken from the flock, when Jesus rode into Jerusalem, presenting Himself to people.

On the 14th, when those lambs were being slain all over Israel, He, the Lamb of God, nailed to the cross, died for the sins of the world, in fulfillment of Moses’ prophecy in Exodus 12:6.
It is indisputable history that Jesus rode into Jerusalem on the very day prophesied in the scripture, and was hailed as Messiah, then rejected by Israel and crucified as the prophets had foretold, (David Hunt)
Jesus did not come on a white horse (Revelation 19:11), to overthrow the Roman rule, as was hoped by the Jews of those days. Rather, on a donkey, bringing salvation from sin as Zachariah foretold, (Zachariah 9:9)

Sadly, the salvation that the people of Jerusalem wanted that day, was political, not spiritual. They were only interested in a temporary, worldly fulfillment of the Messianic prophecies.

They chose not to see the prophecies that clearly said that the Messiah would be, ‘a man of sorrows’, who would bear the griefs of His people and be crushed for their sins. His oppression and death were clearly prophesied in Isaiah 53.

Yes, Jesus was the Messiah that they had been waiting for, and He accepted their shouts of “Hosanna in the highest.” He is truly Emmanuel, God with us (Isaiah 7:14). The political conquest and final fulfillment of the covenant of David must await the second coming (Acts 1:11, Zachariah 14:4. Matthew 24:30 and Titus 2:13)
Before Jesus takes care of the political problems of His people, He had to take care of their sin problem.

As a result, God;s plan for Israel in Daniel’s 70th week are still to happen. We now live in what is called the ‘times of the gentiles’ with Jerusalem, an international city, dominated by non-Jews.
Christ, meanwhile has been building the Church comprising of both Jews and gentiles, who believe in Him.

Only when the Church has been raptured to heaven, as Christ promised, will the 70th week begin to run its course.

Israel is in deep moral and spiritual trouble. Their is hostility between religious and secular people of Israel, and there is increasing disillusionment with Judaism, especially among the youth. Israel is plagued with drugs, pornography, youth rebellion, prostitution, rape robbery and murder. Israel needs to repent and turn to the God of Abraham, Isaac and Jacob. But what can the rabbis offer the repentant sinner?

They had no sacrifice for 1900 years, because of no temple, as prophesied in Hosea 3:4. Why would God allow his chosen people to be without priesthood and temple to offer the sacrifices for sin, He had prescribed?

It makes sense, only if Christ’s sacrifice on the cross fulfilled all the Old Testament sacrifices. They(sacrifices) are no longer required. Otherwise, God has left His chosen people and the world without any provision for sin, something He would never do.

As the people shouted ,”Hosanna in the highest”, little did they know what that would actually mean. Jesus had come to save (Luke 19:10), but not in the manner they desired. Hebrews 9:22 says, “Without the shedding of blood, there is no forgiveness.” Their cries for salvation and their demand that it come ‘now’ were answered at the cross.
Just as this prophecy was fulfilled 1988 years ago, every prophecy found in the WORD OF GOD, will come to pass.
The next great event is ‘The Rapture’

Luke 21:11, lists some of the natural signs that will occur before Jesus’ second coming. “There will be great earthquakes, famines and pestilences in various places, and fearful events and great signs from heaven.”

We should not interpret every natural disaster as a sign of the end. An increase in natural disasters seems to be a warm up to what is coming next. ‘Birth pangs’ as Jesus called them in Matthew 24:8. What we face today is definitely birth pains. This is not tribulation, as many might perceive it be. We see the Word of God being fulfilled right in front of our eyes.
The concise message today:
1988 years ago, people shouted Hosanna. Their prayer was answered. Jesus presented Himself as the savior of the world. Not on a white horse (Rev 19:11), but as the lamb of God.
He is the Way, the Truth, and the Life. John 14:6
There is no other name given among men that we must be saved. Acts 4:12
By accepting His precious blood as our redemption price, we are saved.
Those redeemed by His blood and sealed by His spirit are protected.
Our names are written in the Book of Life. We are His Church.
Sadly, millions are rejecting Christ. We need to point them to Christ.
EVENTS THAT ARE TO HAPPEN NOW.
Jesus will come back in the clouds. The Church will be raptured.
He who restrains now will do so until He is taken out of the way. 2 Thes 2:7
Antichrist will appear.
Seven years of tribulation – Israel will have persecution.
Jesus will come back to the earth along with His saints.
There will be the Armageddon.
Satan will be bound for a thousand years.
The peaceful Millennial rule of Jesus Christ on this earth.
The Great White Throne judgement. Revelation 20:11-15
Anyone, whose name is not written in the Book of Life, will have a second death.
Then comes Eternity with the King of Kings and the Lord of Lords. Revelation Chapter 21 & 22.

May God be with each one of us, as we continue to pray for each other and share the salvation plan of God through Jesus Christ our Lord.

LIVE STREAM:
Due to service be cancelled this and next Sunday, you can join us on Sunday morning for an online service! We will be live streaming Sunday service.

Here is the link: http://atlca.com/live

Memory Verse:
We would like to do memory verses again this week. Please take a video of your child doing their memory verse and send it to davidmathew11@gmail.com or please text it at 678-704-6116

Music and Sound System:
If you have an interest in serving, we invite you to be part of the Sound and Light Ministry.
If you are interested in serving in the Worship Ministry, we would love to hear from you. Please contact David Mathew to learn more about how you can be a part of what God is doing at ACA.

For more information about our children’s ministry please contact Christopher Thomson with your availability and any further details .

Every month, we give weekly scripture readings, so that you and your family can read and enjoy the Bible. We believe that the Bible, along with daily reading, is integral to the life of a believer. Use these scripture readings as a compass to navigate through your daily walk with God.

Picture Of The Week 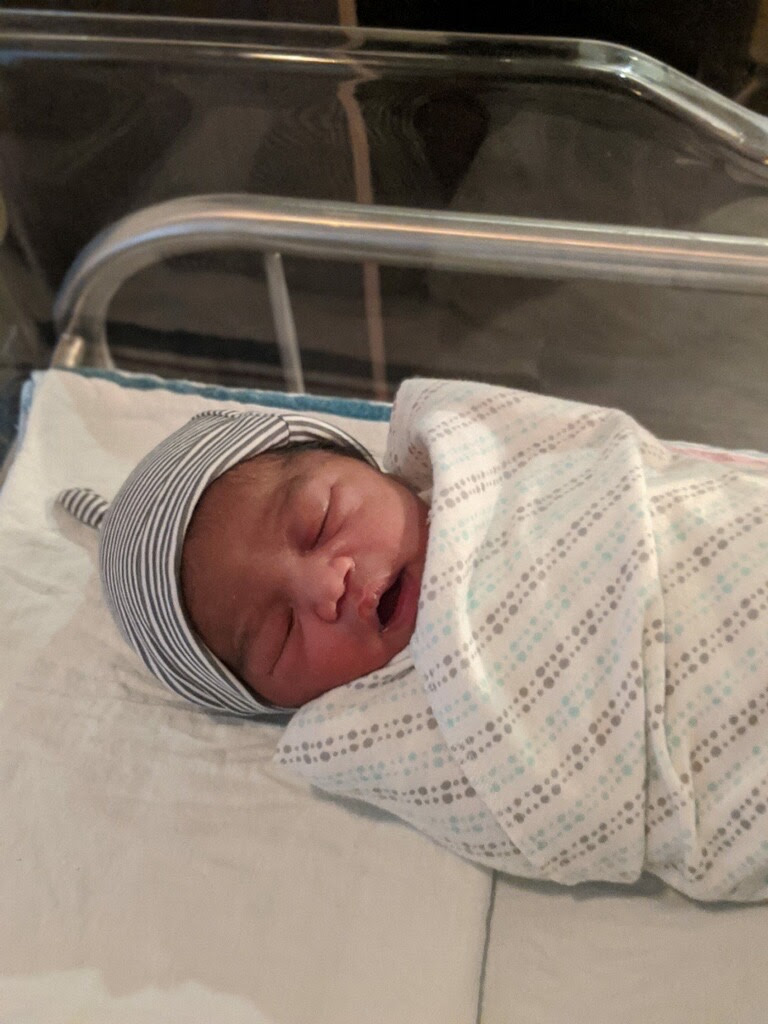 We believe in the power of prayer. The most powerful aspect of prayer is that it changes the heart of the person praying by revealing to them the heart of God.

If you have any prayer requests you can submit them in one of the following ways:

Let us know how we can serve you this week.

Atlanta Christian Assembly is a local church in Decatur committed to glorifying Christ across the aisle, across the street and across the world through gospel-centered worship, community and service.